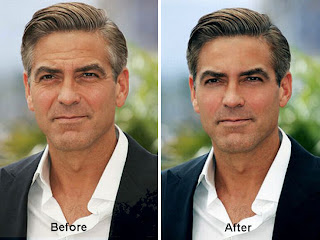 This is an AMAZING study by scientists who have found an mathematical formula to determine whether an image has been photoshopped. They are suggesting that photoshopped images carry a 'health warning' so that people know they aren't real. (do we live in the Twilight Zone or what?)

Read the excerpt from www.foxnews.com here:
Scientists have come up with a way to detect if photographs of celebrities or models have been airbrushed or not -- and they hope it will be used to provide a universal “health warning” on magazine images.

Professor of computer science Hany Farid and doctoral student Eric Kee from Dartmouth College analyzed 468 sets of unedited and retouched photographs of models. They then created a computer program to highlight the differences between a natural and retouched picture, using a mathematical description of augmentations. Each altered photograph was then judged on a scale of 1 to 5 -- with 5 signifying heavy retouching.

Prof Farid and Mr Kee then asked 50 people randomly to compare the photographs against their own ratings and found the scores matched closely. 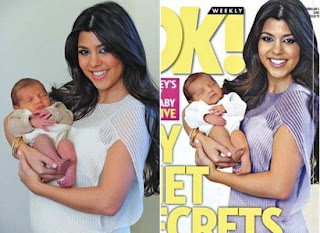 "Now what we have is a mathematical measure of photo retouching," Prof Farid wrote in a study published in the journal Proceedings of the National Academy of Sciences. "We can predict what an average observer would say."

Farid said he undertook the research to provide consumers with more information on Photoshopped images.

He said these highly idealized images have been linked to eating disorders and body image dissatisfaction in men, women, and children. 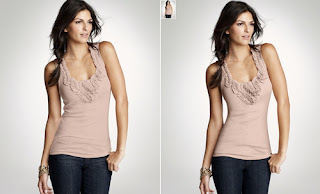 Farid and Kee said they are seeking a way for advertisers to truthfully and accurately characterize the extent to which an image has been altered, allowing the public to make informed judgments.They propose a rating system that takes into account common practices such as cropping and color adjustment while providing assessment of other kinds of modifications.

“Such a rating may provide incentive for publishers and models to reduce some of the more extreme forms of digital retouching that are common today,” they wrote.