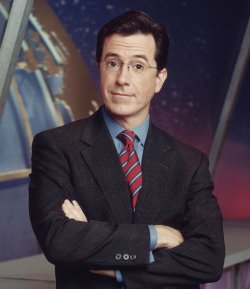 Someone sent me a link last night to a bit that Stephen Colbert did on his show The Colbert Report which is featured on Comedy Central.

I don't watch Stephen Colbert nor much of Comedy Central but I am familiar with him and his show. His show is a satirical take on politics and current events. It seems he spends a fair amount of time making of fun more conservative talk show hosts like Bill O'Reilly and Glenn Beck.

In the clip that was sent to me by a reader, (thanks for sending that, anonymous person) Mr. Colbert was commenting on the new Mass translation and its effect on the people. Mr. Colbert referred to himself as a Catholic and poked fun at the translation, the inability to follow along during Mass and play games on one's iphone at the same time, and how it was a scandal that the Church "not known for changing it's stance on things" changed the translation.

If I am not mistaken, Mr. Colbert has a team of writers that write his monologues so whether he is saying what he really thinks or just things to make people laugh or offend people is unknown.

However, I do know this- learning about the Catholic Church from mainstream media is scary and precarious. Quite honestly, I am not offended by Mr. Colbert's "opinion" because it holds no weight for me. It would be a sad day indeed if I were to look to him for spiritual guidance, no matter how "Catholic" he claims to be. I do not know what resides in his heart or how he lives his private life or his true relationship with God, but I do know that I wouldn't turn to his show for spiritual or even political guidance. It's a comedy show, not a real source of information. 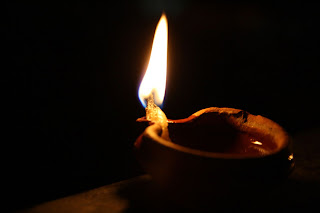 Last night I was listening to a homily by Fr. Robert Barron from his Word on Fire website. This particular homily was on the parable of the wise and foolish virgins. Fr. Barron explains the context of the parable and then talks about how we put oil in our lamps. He talked about the need for the ongoing study of our faith. He asked, "how many of us have a theology book next to our bed that we really study?" and i think it's so true. It seems like so often we want people to TELL us what to think and HOW to think so we don't have to do the homework ourselves.

Sometimes I hear people (still) denouncing or mistranslating the Second Vatican Council. Yet, I highly doubt they have ever read the documents from the Council to know what they even say. It's easier for us to hear someone "important" say something and then repeat that ourselves without ever doing our own homework. 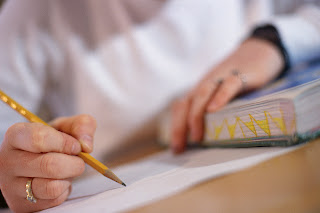 If we want our faith to grow and the Light of Jesus to shine from within us, we must do our own work. We must study, learn and grow.

I did agree with Stephen Colbert on one point though. He said, "these new translations make me have to actually pay attention to the words I am saying, rather than mindlessly recite prayers I have memorized."